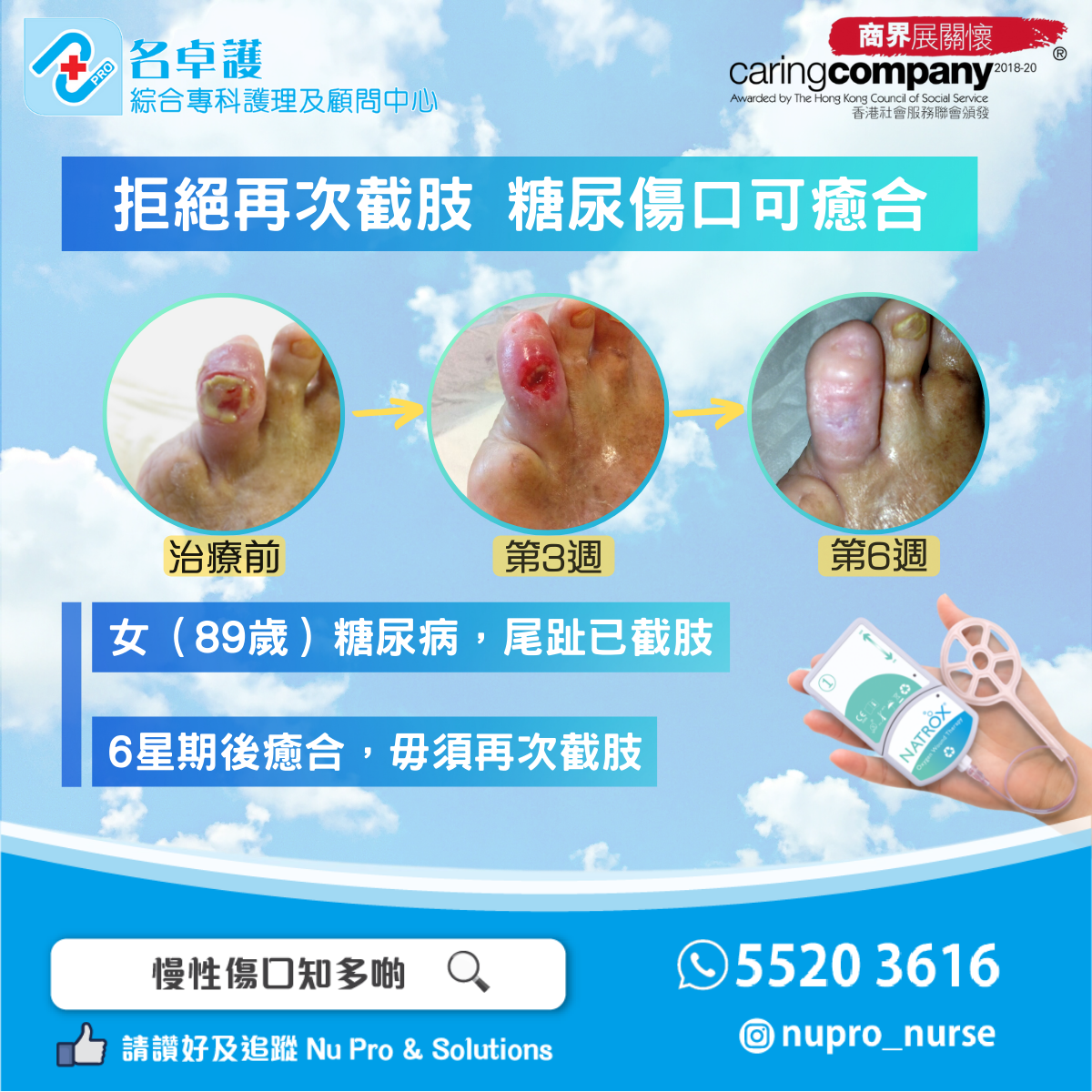 Ms. Lai, aged 89, with medical history of Diabetes Mellitus (DM), Cerebrovascular accident (CVA), Ischemic Heart Disease (IHD) and Hypertension (HT), had her 5th toe of left foot amputated already. Shortly after this operation, another wound of size 1.43cm² developed over the 4th toe of left foot. The wound had been presented for 3 weeks and was initially 100% covered with eschar and with pain score up to 6 out of 10.

Immediate attention was of great importance as inappropriate or delayed treatment would possibly increase the risk of another amputation. Fortunately her ankle brachial pressure index (ABPI) was 0.95 by that time.

During her first consultation at Nu Pro Nurse Centre, wound debridement was performed. Advanced dressing was applied to control and prevent infection and provided an optimal environment for wound healing. Later, Natrox topical oxygen therapy was prescribed to provide more than 98% of pure oxygen 24/7 for her wound to speed up the wound healing process.

In first two weeks of treatment, wound exudate increased significantly due to the reactivation of cells from the wound area in response to Natrox topical oxygen therapy. Pain score decreased to 1 within a few days. Vascularity of wound bed improved significantly, slough and biofilm were all cleared after 3 weeks' topical oxygen therapy and which was then discontinued. Wound progressed steadily and healed up nicely in week 6 without the need for amputation.